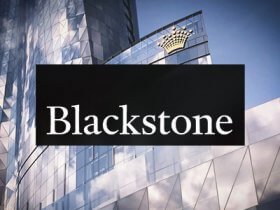 Crown Resorts, the largest owner and operator of land-based casinos in Australia, has finally changed ownership as Blackstone Group, an international private equity firm, has announced that it completed the acquisition.

The deal is worth 8.87 billion dollars and it will see ownership of Crown Melbourne, Crown Perth and Crown Sydney be taken by SS Silver, a company which is owned by funds managed by Blackstone.

The completion of the acquisition put an end to a three-year fight for Crown Resorts, a battle which started all the way back in April 2019, when Wynn Resorts, the casino operator based in Las Vegas, first opened talks regarding a possible transaction.

Then Crown Resorts attracted interest from Melco, the gigantic Asian gaming group, but the discussions came to an abrupt end when state authorities began investigating the operations of Crown Resorts and eventually found the company unsuitable to hold casino licenses in New South Wales, Victoria and Western Australia.

Blackstone already owned 9.9 percent of Crown Resorts, a stake that was purchased from Melco Resorts & Entertainment Limited in April 2020. Their first bid for the remaining 90.1 percent was submitted in March 2021 and was later rejected by Crown Resorts.

Biggest Ever Deal In Asia

Before being able to complete the acquisition, Blackstone had to obtain approval to run a land-based casino in the states where Crown operates. That did happen in Western Australia, Victoria and New South Wales, while the Federal Court of Australia also issued its approval of the deal.

Blackstone described the transaction as its biggest ever deal in Asia. Alan Miyasaki, the head of real estate acquisitions for Asia at Blackstone, revealed that the aim of his company is to help Crown Resorts “achieve its full potential as a leading travel and leisure company.”

Alan Miyasaki added that Blackstone had seen “tremendous underlying potential” in Crown Resorts when it acquired the 9.9 percent stake two years ago. The Blackstone representative also added that the new owner will ensure Crown operates “with the highest levels of ethics and integrity to create something unique for employees, local communities, and visitors.”

Blackstone said it will now work with the management team at Crown, employees and unions to ensure the business will “operate at the highest standards of compliance, governance, and integrity”.