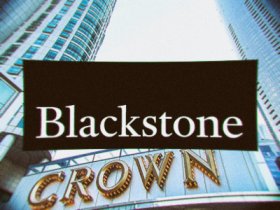 Crown Resorts, the biggest owner and operator of land-based casinos in Australia, is one step closer to changing ownership as the company’s shareholders approved the takeover bid from Blackstone Group.

Initially the vote was supposed to take place on 26 April but it was postponed because Blackstone announced that it had not received all the necessary regulatory approvals.

Now Crown Resorts will have to present the deal in a court hearing, and if that goes well the court order would be later submitted to the Australian Securities and Investments Commission. After that step, the scheme will finally become legally effective and the Crown Resorts shares will be suspended from trading on the Australian Securities Exchange.

Multiple Offers Throughout More Than A Year

The saga of the Crown Resorts takeover started in March 2021, when Blackstone Group, a powerful global private equity group, made an offer worth 11.85 Australian dollars per share. That bid was rejected and later the buyer came up with an improved offer, worth 12.35 dollars per share.

That bid was not good enough for Crown Resorts either, and in November 2021 Blackstone made another offer, proposing a price of 12.50 Australian dollars per share. Blackstone already owned 9.9 percent of Crown Resorts, a stake that was acquired from Melco Resorts & Entertainment Limited in April 2020. The price per share at that time was just 8.15 dollars.

That offer was finally approved by the Crown Resorts board, which issued a statement in which it unanimously recommended that shareholders vote in favor of the acquisition.