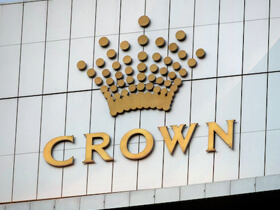 Crown Resorts, the biggest operator of land-based casinos in Australia, has been dealt a blow by the Perth Casino Royal Commission, which found the company unsuitable to hold a casino license in Perth.

However, the Royal Commission agreed to allow the company to operate its Crown Perth casino for two more years, a period in which the company can return to suitability under the close watch of an independent monitor.

The Perth Casino Royal Commission issued its final report on Thursday and its findings are similar to those revealed in the report issued by the Victorian Royal Commission, which analyzed the activity of Crown Melbourne.

Even the final decision was the same, the Victorian Commission found Crown Resorts unsuitable to hold a casino license in Melbourne, but gave the company a two-year probationary period under the supervision of an independent monitor.

The Perth Royal Commission stressed that Crown Resorts will have to “embark on a pathway to suitability” as their activities will be overseen by an independent monitor which will report everything back to the Gaming and Wagering Commission.

Multiple Recommendations For The Future

The report compiled by the Perth Casino Royal Commission also featured no less than 59 recommendations for Crown Resorts, including advice on how to revamp the company’s boardroom structures in charge of responsible gambling and anti-money laundering controls.

Crown Resorts replied in a statement by saying it would “work cooperatively and constructively” with the Western Australian Government in order to make its activities compliant with the recommendations.

Steve McCann, the Managing Director and Chief Executive Officer of Crown Resorts, added that his company “remains committed to continuous improvement across all facets of the business and is prioritizing the delivery of safe and responsible gaming across all of its resorts, including Crown Perth.”