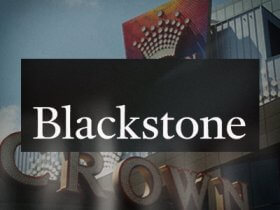 The discussions between the two parties started in March 2021, when Blackstone offered a price of 11.85 Australian dollars cash per share to take over Crown Resorts. That bid was rejected and later the buyer came up with an improved bid, offering 12.35 dollars per share.

That bid was not good enough either, and in November 2021 Blackstone made another improved offer, proposing a price of 12.50 Australian dollars per share. Blackstone already owns 9.9 percent of Crown Resorts, a stake that was acquired from Melco Resorts & Entertainment Limited, the giant Asian gaming group, in April 2020. The price per share at that time was 8.15 dollars.

The November bid was rejected as well and now Blackstone seems ready to make the final push, offering a price of 13.1 Australian dollars per share. The overall value of the company at this share price would be 9 billion Australian dollars. Crown Resorts revealed that the revised proposal from Blackstone was received in response to information provided by Crown during initial due diligence.

Binding Offer On The Horizon

The Crown Resorts board of directors has already considered the new proposal and announced that it will engage in further negotiations with Blackstone, but on a non-exclusive basis until the prospective buyer finalises its due diligence inquiries.

Crown Resorts has also announced that if Blackstone would end up making a binding offer of 13.10 Australian dollars cash per share, then the board would recommend the shareholders to vote in favour of the deal if there won’t be any better offers on the table.

Blackstone was not the only suitor for Crown in recent months as the Australian company went through all kinds of trouble with state regulators. Fellow casino operator Star Entertainment Group proposed a merger with Crown, creating a combined business worth around 12 billion dollars. That bid was not rejected by Crown, but Star later decided to withdraw it.