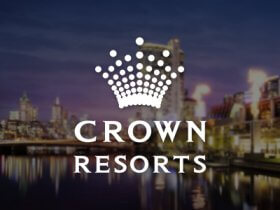 Crown Resorts, the largest owner and operator of land-based casinos in Australia, has announced that the meeting and vote on the takeover bid from Blackstone Group has been postponed.

Blackstone Group, a private equity giant, has submitted several offers to take over Crown Resorts and the last one, worth 8.9 billion Australian dollars, was finally accepted by the Australian company.

Moreover, in April 2022 the takeover proposal received formal approval from the Australian Foreign Investment Review Board. After the government approval was received, the Crown Resorts board of directors urged the company’s shareholders to back the proposed acquisition by Blackstone Group, underlining that the takeover would eliminate “the uncertainties and risks” that the business was facing.

The shareholders were expected to vote on the takeover bid in a meeting on April 29, but a few days before the deadline Crown Resorts announced that the vote will now take place at 10am Melbourne time on 20 May.

The Australian company issued a statement in which it explained the reasons behind the delay. In fact, Blackstone Group had not yet received all the necessary regulatory approvals under the scheme implementation deed and that forced Crown Resorts to delay the meeting.

A Business Under Scrutiny

Crown Resorts had its business dealings under intense scrutiny over the past couple of years. In February 2021, the company was deemed unsuitable to operate a casino in Barangaroo, Sydney, after the investigation led by Patricia Bergin uncovered evidence of money laundering.

Later in 2021 the Australian company was also ruled as unsuitable to operate a casino in Victoria. The investigation in that state concluded that Crown Resorts had engaged in “illegal, dishonest, unethical and exploitative” behavior.

Moreover, in February 2022 the company received a similar verdict from the Perth Casino Royal Commission, which found the company ineligible to operate its landmark casino in Perth.

With that background in mind, the Crown Resorts board of directors recommended that the shareholders vote in favor of the takeover bid, suggesting that the price offered is reasonable and that if the deal fails, “the amount which Crown shareholders will be able to realize in terms of price and future dividends will necessarily be uncertain and subject to a number of risks.”