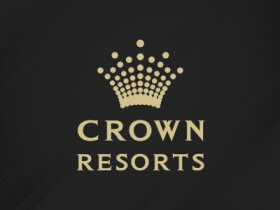 The American company previously offered Crown Resorts a financing package of 3 billion Australian dollars, which would have allowed the company to buy back the shares owned by James Packer, the founder of the gambling giant.

The proposal was unsolicited, and Crown Resorts were still evaluating it, but Oaktree Capital Management decided to up the ante: 3.1 billion Australian dollars, 2 billion in the form of a private loan and a further 1.1 billion that would be convertible into new shares to be issued by the Australian company.

If the deal would go through under these terms, then Crown Resorts would be able to buy back the 37% stake in the company owned by James Packer and Oaktree Capital could end up owning 10 percent of Crown’s shares. In fact, the number of new Crown shares to be issued to Oaktree on conversion would be capped at a 10% stake.

Getting rid of James Packer’s influence could be a big step for Crown Resorts. The billionaire’s status as the company’s major shareholder has been under intense scrutiny lately, especially after an inquiry in New South Wales named his influence as a reason for declaring the company unfit for a Sydney casino license, citing dubious activities such as money laundering.

Crown Resorts is currently also evaluating two takeover proposals. One of them is coming from rival Australian casino operator Star Entertainment Group, which proposed a merger between the two companies through an all-stock buyout worth 9 billion Australian dollars.

The other offer was made by Blackstone Group, a powerful private equity company from the United States of America, whose latest offer was worth 8.4 billion Australian dollars.

Meanwhile, the company is under investigation in Western Australia and Victoria, with its license to operate casinos at stake. Earlier in June, the Victorian government agreed to extend the deadline it imposed on the royal commission and also granted additional funding for the inquiry. Initially, the commission had to deliver its findings by August 1, but now the deadline was extended until October 15.