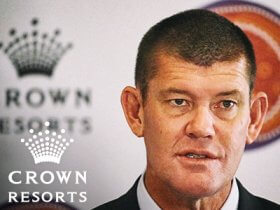 Crown Resorts, the biggest land-based casino operator in Australia, has received an offer from Oaktree Capital Management, an alternative investment management firm, which would be willing to provide up to 3 billion Australian dollars to fund a share buy-back programme.

This would be an opportunity for Crown Resorts to end the involvement of founder James Packer in the company, as the funds could be used to buy out his 37 percent stake in the business, or at least a big part of it.

The proposal was not solicited by Crown Resorts, and it will have to receive the approval of the shareholders. Until then, the board of directors will assess the offer. This development comes at a very delicate time for the company, which is the target of a takeover bid from Blackstone Group, a very powerful private equity firm from the United States of America.

Last month, Blackstone made an offer worth 8.02 billion Australian dollars for 90.1 percent of Crown Resorts’ shares. The American company has already bought a 9.99 percent stake in the Australian casino operator in April 2020.

However, Blackstone added a clause in their bid, stating that the deal would not go through if Crown’s existing gambling licences are suspended or if its licence in New South Wales would not be granted.

Crown Resorts is currently deemed unsuitable to hold a casino licence in New South Wales, following the Bergin inquiry and report, but if the company complies with the requirements of the government it might receive the license by the end of the year. However, the New South Wales report triggered further inquiries in Victoria and Western Australia, where Crown operates casino resorts in Melbourne and Perth.

Earlier in April, James Packer, the Crown Resorts founder and largest shareholder, and the New South Wales Independent Liquor and Gaming Authority, reached an agreement following the Bergin inquiry and report, which found evidence of Crown Resorts’ properties being used for money laundering.

The agreement allows the billionaire to keep his 37% stake in Crown Resorts in exchange for his engagement not to seek representation on the company’s board, share information with the company or have private discussions about the business.

James Packer also agreed to give up the voting power that his 37 percent stake in the company would grant him. That means he would not be able to vote on the proposal received from Oaktree Capital Management.

However, Packer would get to have his say in the shareholders meeting when it comes to selling his share in the company. Under the terms of the agreement with the New South Wales Independent Liquor and Gaming Authority, the Australian billionaire would be allowed to vote on any takeover proposal.