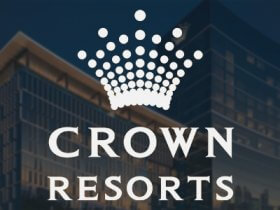 Crown Resorts, the biggest land-based casino operator in Australia, is likely to obtain a license to operate its Sydney gambling venue this year, according to the New South Wales state regulator.

Philip Crawford, the New South Wales chief gaming regulator, said the reinstatement of the operator’s gambling license in the state is a “realistic prospect,” but only if Crown Resorts manages to put the proper “structures in place.”

Crown Resorts had its gambling license in New South Wales suspended in February, after the report from Patricia Bergin, a Supreme Court Judge in the state, was published.

The report indicated evidence that the company’s facilities and accounts were used for money laundering, and Crown Resorts was deemed unsuitable to operate their casino at Barangaroo in central Sydney. The company invested 2 billion dollars in that development.

Given the company’s delicate situation, Blackstone Group, a powerful American investment management company, has made an offer to take over Crown Resorts Limited. The offer is worth 8.02 billion Australian dollars.

The Blackstone Group already owns 9.99% of Crown Resorts’ shares, a stake that was acquired from Melco Resorts & Entertainment Limited, the giant Asian gaming group, in April 2020.

If the deal will be approved by the Crown’s shareholders, the new owner would still have to apply for a license for the Sydney casino. Philip Crawford, the New South Wales chief gaming regulator, said the state will definitely run its own checks on Blackstone and that the process would surely be an extensive one.

Until then, Crown Resorts will have to undergo the reforms that were suggested in the Bergin report. The company will have to appoint a new chief executive, four new board members and a new head of internal audit. Moreover, Crown Resorts have to run complete reviews of functional accountability, culture, senior management accountability and they also have to reform their anti-money-laundering program.

Philip Crawford declared that he is satisfied with the company’s efforts so far, mainly because the five directors, including James Packer’s two board representatives, and general counsel Mary Manos stepped down at his request.