Crown Resorts Adds Bruce Carter to Board of Directors 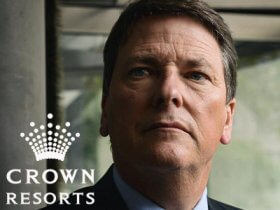 Crown Resorts, the biggest land-based casino operator in Australia, has appointed Bruce Carter to its board as a non-executive director. Carter has previously held the role of deputy chair at SkyCity Entertainment Group.

The appointment is subject to certain regulatory approval, but it is expected to become effective in the near future. Bruce Carter has held various positions in both the public and private sectors for the past 40 years. He also worked in the gambling industry for SkyCity, where he was in charge of the expansion development of SkyCity Adelaide, one of the biggest casinos in Australia’s fifth most populous city.

The new Crown Resorts board member was also a director of Genesee and Wyoming Inc, the global railroad operator, and also worked at Ernst & Young for 14 years in the United States, United Kingdom, Canada and Hong Kong. He is currently the chairman of the Australian Submarine Corporation and Aventus Capital, and also serves as a director with the Bank of Queensland and AIG Australia.

Helen Coonan, the Executive Chairman of Crown Resorts, said that Bruce Carter will bring “the ideal blend of commercial, governance and gaming sector expertise” to the company’s board of directors. The Crown Resorts chairman added that this appointment is “an endorsement of our strategy, ambition and commitment to reform.”

Meanwhile, Crown Resorts will have to go through a thorough investigation in Western Australia, as the royal commission has started to work on determining whether the casino operator is suitable to hold a gambling license for its Crown Perth venue.

The royal commission will also examine the regulation of the entire gambling industry in the state. The investigation in Western Australia follows the example of the states of Victoria and New South Wales, who have already questioned Crown Resorts’ suitability to hold a gambling license.

The company operates Crown Perth in Western Australia, a resort which features three hotels, a casino, a convention centre with meeting rooms, along with 32 restaurants and bars. The casino offers around 2,500 coin-operated machines and over 300 gaming tables and it will continue to operate until the end of the investigation.