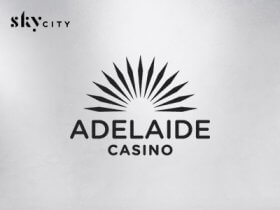 SkyCity Adelaide, one of the biggest casinos in Australia’s fifth most populous city, has reopened just three days after having its doors shut due to lockdown restrictions enforced by the South Australian state government.

Now those restrictions were eased by the government, which apparently was misled by the story of a pizza shop worker who got infected with the novel coronavirus.

Open Again, But With Strict Measures

The lockdown decision was reversed on Saturday and SkyCity Adelaide reopened on Sunday. However, the access to its facilities is still limited for customers due to strict health and safety policies.

The maximum capacity for the casino is 100 people at once, and that includes staff on the gaming floor. Moreover, the spaces available for customers at the gaming tables are fewer than they would normally be.

SkyCity was planning to launch an expansion development of the Adelaide facility, worth around 330 million Australian dollars, but now those plans are on hold for the foreseeable future. The expansion included an 120-room luxury hotel.

Casinos in neighbouring Australian states also have to deal with the effects of the coronavirus pandemic. In the state of Victoria, Crown Melbourne reopened but with extensive physical distancing and hygiene measures in place.

Changes Within The Company

SkyCity Adelaide is owned by SkyCity Entertainment, a big company which owns 5 land-based gambling venues in Australia and New Zealand, an online casino and several hotels, restaurants and bars in the two countries.

Last week, the company announced that Chief Executive Officer Graeme Stephens will retire from the position effective 30 November, and that Michael Ahearne will take his place.

Ahearne has been promoted from another position inside the company, he served as Chief Operating Officer. Moreover, Rob Hamilton, the company’s chief financial officer, Liza McNally, the chief marketing officer, have resigned and will leave their positions next year.

About the new CEO, SkyCity Entertainment Chairman Rob Campbell said: “It is especially pleasing that SkyCity had such a strong internal candidate to assume the chief executive officer role. Michael is currently SkyCity’s chief operating officer and, in that role, has successfully overseen SkyCity’s operations across New Zealand and Australia since December 2017 and launched SkyCity Online Casino in August 2019.”

He has significant global experience in the gaming industry across both land-based and online casinos, which will be beneficial in leading the company through its next phase.”