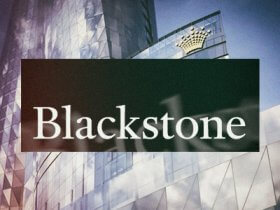 Crown Resorts, the biggest owner and operator of land-based casinos in Australia, has announced that the Australian Foreign Investment Review Board has approved the proposed acquisition of the company by Blackstone.

Blackstone Group, a powerful global private equity group, submitted its latest bid for Crown Resorts in January, offering a price of 13.1 Australian dollars cash per share for a total of 8.9 billion Australian dollars for the whole deal.

The discussions between the two parties started in March 2021, when Blackstone offered a price of 11.85 Australian dollars per share. That bid was rejected and later the buyer came up with an improved offer, worth 12.35 dollars per share.

That bid was not good enough for Crown Resorts either, and in November 2021 Blackstone made another offer, proposing a price of 12.50 Australian dollars per share. Blackstone already owns 9.9 percent of Crown Resorts, a stake that was acquired from Melco Resorts & Entertainment Limited in April 2020. The price per share at that time was just 8.15 dollars.

The latest offer was approved by the Crown Resorts board, which issued a statement in which it unanimously recommended that shareholders vote in favor of the acquisition as long as any better offers don’t come along.

The Crown Resorts board of directors has urged the company’s shareholders to back the proposed acquisition by Blackstone Group, underlining that the takeover would eliminate “the uncertainties and risks” that the business is currently facing.

These comments were made in a document that was compiled by the Crown Resorts board for the shareholders ahead of a meeting in which the proposed takeover will be voted.

The board also mentioned that the price offered is “reasonable” when compared to its competitors. The Crown Resorts board of directors also noted that “if the scheme does not proceed, the amount which Crown shareholders will be able to realize in terms of price and future dividends will necessarily be uncertain and subject to a number of risks.”

The main risk is related to the company’s regulatory troubles as the operator faces inquiries in each of the three Australian states in which it operates. Reviews in New South Wales, Victoria and Western Australia all found Crown “unsuitable” for a gaming license.