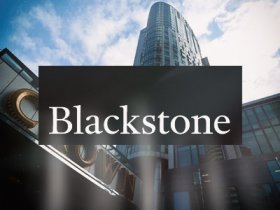 Crown Resorts, the largest owner and operator of land-based casinos in Australia, is getting closer to being taken over by Blackstone after the deal was approved in Western Australia, Victoria and New South Wales.

The acquisition previously received approval from the Australian Foreign Investment Review Board and also the Crown Resorts shareholders voted in favor of the deal. Nevertheless, Blackstone also required local approvals in Western Australia, New South Wales and Victoria in order for the deal to move forward.

One day later, the The Gaming and Wagering Commission of Western Australia (GWC) also announced that it had approved the proposed acquisition and that it would allow Blackstone to operate the Crown Perth casino.

Following these approvals from the three Australian states, the final hurdle for the proposed acquisition is a final court hearing, which has been scheduled for 15 June. If the court would also approve the acquisition, then Crown Resorts will be able to announce a timetable for completion of the deal.

Acquisition On The Table For More Than A Year

The complicated story of the Crown Resorts takeover started all the way back in March 2021, when Blackstone Group, a powerful global private equity group, made a takeover bid worth 11.85 Australian dollars per share. That offer was rejected by Crown and later the buyer came up with a slightly improved offer, worth 12.35 dollars per share.

That improvement was not enough for Crown Resorts, and in November 2021 Blackstone made yet another offer, with a price of 12.50 Australian dollars per share. Blackstone already owned 9.9 percent of Crown Resorts, a stake that was purchased from Melco Resorts & Entertainment Limited in April 2020. The price per share at that time was 8.15 dollars.

The latest bid for Crown Resorts was submitted by Blackstone in January, offering a price of 13.1 Australian dollars per share for a grand total of 8.9 billion Australian dollars. That offer was finally approved by the Crown Resorts board, which issued a statement in which it strongly recommended that shareholders vote in favor of the proposed acquisition.