Aristocrat Reports Increased Revenue In First Half Of Fiscal Year 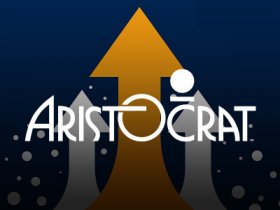 Aristocrat Leisure Limited, the Australian developer of slot machines for land-based casinos and digital games for online casinos, has announced that the first half of the 2021-2022 fiscal year has brought increased revenue and profit.

Aristocrat Leisure Limited also reported that its costs of revenue increased 11.2 percent compared to the first half of the 2020-202 fiscal year, but the company was left with a gross profit of 1.53 billion dollars, up 35.3 percent year-on-year.

Overall, the company registered a pre-tax profit of 598 million dollars, a figure which represents an increase of 29.7 percent compared to the same period of the previous financial year.

The Australian company paid 85 million dollars in income tax, which means it registered a net profit of 513 million dollars for the first half of the financial year. That sum represents an increase of 48.1 percent year-on-year.

Trevor Croker, the Chief Executive Officer of Aristocrat Leisure Limited, revealed that the strong results in the first half of the financial year left the company with around 3.3 billion dollars in available liquidity and added that the money will be spent on deals that are aimed to “accelerate the growth strategy going forward”.

Earlier this year, Aristocrat Leisure Limited announced its plans to launch a new business which would allow the company to enter the online real money gaming market. At that time, Aristocrat revealed that it was planning to invest heavily in building its own real-money gaming platform as well as in acquiring other businesses.

In fact, the Australian company was ready to spend almost 3 billion dollars on the acquisition of Playtech, but the takeover bid was eventually rejected by the shareholders. Aristocrat Leisure Limited was founded all the way back in 1953 and since then it grew into a company with a significant global presence, operating in over 90 countries. The corporation’s headquarters and administrative offices are in Sydney, but Aristocrat also has marketing and development offices in South Africa, Russia and the United States.