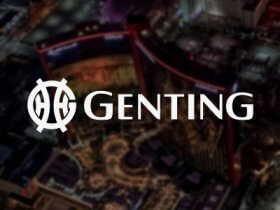 Genting Malaysia Berhad, the global leisure and hospitality company, has received an encouraging monthly review of its operations in the United States from Nomura, the famous Japanese financial holding company.

In the respective review, Nomura revealed that Genting’s three properties located in the United States continued to generate strong revenue, despite recent problems related to another surge in Covid-19 cases in the region.

Moreover, Nomura pointed out that despite the recent spike in Covid-19 cases in the United States, Genting’s properties recorded substantial gross gaming revenues, in some cases exceeding the levels that were seen before the novel coronavirus pandemic.

“This is all the more encouraging as inbound tourism to the US, especially from Asia, has only recently started to pick up,” the report from Nomura added. The Japanese firm continues to rate Genting’s stocks with a “buy” rating, recommending its customers to buy shares in the Malaysian company.

The report also revealed that the three-month gross gambling revenue at the end of September was 230 million dollars, even though September has been the peak of the latest Covid-19 wave that hit the state of New York. Genting’s revenue at Resorts World New York City was 4 percent higher than pre-Covid levels for the same period.

Resorts World Catskills also reported a 28 percent gain in sequential gross gaming revenue to 64.5 million dollars, which is 5 percent higher than what the resort managed to record before the pandemic started to affect its activity.

The new Las Vegas property is believed to experience a good start as well, but given that only a few months have passed since the inauguration, there isn’t as much data available regarding the gross gaming revenue figures.

However, Nomura revealed that the gross gaming revenue for the whole state of Nevada was 3.68 billion dollars for the three months to September 30, and that demonstrates increasing demand for gaming in the region. In fact, the figures are 21 percent higher than what was recorded in 2019, while on the famous Las Vegas Strip demand is up 25 percent compared to pre-pandemic levels.

At the end of August, Genting Malaysia Berhad announced that the first week of operation for Resorts World Las Vegas was a big financial success. The property generated revenue of 14.9 million dollars in just six days in June, the very first days of operation for the new casino. Resorts World Las Vegas is the first new casino-resort development on the Las Vegas Strip in more than a decade. The gigantic resort offers 3,500 hotel rooms, 40 food and beverage outlets, along with 117,000 square feet of casino floor.