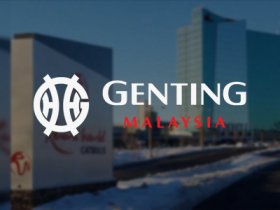 Genting Malaysia, the massive global leisure and hospitality company, has decided to make another significant investment into Empire Resorts Incorporated, its subsidiary in New York.

The investment was done through subscription in “Series L Preferred Stock” through another subsidiary of Genting Malaysia Berhad, called Genting ER II LLC. Genting Malaysia acquired a 49 percent stake in Empire Resorts in August 2019, and since then it has made several injections of capital into the business.

In April, Genting Malaysia injected 20 million dollars into Empire Resorts, securing a majority stake in the company. Overall, the Malaysian gambling giant invested around 520 million U.S. dollars in Empire Resorts, hoping to build a solid company in the state of New York.

Empire Resorts owns and operates Resorts World Catskills, a casino located in New York, along with Monticello Raceway. The family trust of Genting Group Chairman and Chief Executive Officer Lim Kok Thay is the majority owner of the company with a stake of 51 percent.

Genting Malaysia said the proceeds from the latest subscription will be utilised by Empire Resorts to facilitate its long-term financing plan. This isn’t the only investment in New York for Genting. In February, the Malaysia-based casino operator revealed its plans to launch a new gambling hall in Newburgh Mall.

Nomura, the famous global financial services group, analyzed this investment and issued a note in which it said that investors would most likely have a negative perception regarding the latest cash injection.

However, the report pointed out that Resorts World Catskills has recorded improved performance in recent months, with positive earnings before interest, taxes, depreciation, and amortization (EBITDA) between May and July.

The cash injection should improve Empire’s liquidity situation, according to Nomura’s analysts. It is believed that some of the money would be used to set up Resorts World Hudson Valley, the new venue in Orange County, New York.

Genting announced that its plans to transform the 90,000-square-foot space at Newburgh Mall into a gaming and entertainment destination would cost around 32 million dollars. According to the plans, the new venue would have 1,300 gaming machines.