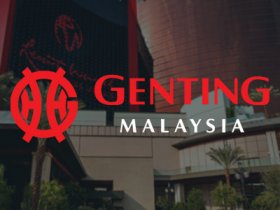 Genting Malaysia Berhad, the global leisure and hospitality company, has proudly announced that the first week of the newly-opened Resorts World Las Vegas was a big financial success.

In fact, the company announced that Resorts World Las Vegas generated revenue of U14.9 million dollars in just six days in June, the very first days of operation for the new luxurious casino. Moreover, earnings before interest, taxes, depreciation, and amortization (EBITDA) for those six days amounted to 3.9 million dollars, or around 650,000 dollars per day.

The numbers were made public in the company’s financial reports for the second quarter of 2021, which were published last week. Resorts World Las Vegas required a major investment from Genting Malaysia, the construction of the venue cost 4.3 billion U.S. dollars.

Resorts World Las Vegas opened on 24 June and it became the first new casino-resort development on the Las Vegas Strip in more than a decade. The gigantic resort offers 3,500 hotel rooms, 40 food and beverage outlets, along with 117,000 square feet of casino floor.

If Resorts World Las Vegas would manage to maintain the revenue it recorded in its first week of operations, then the venue would generate around 75 million dollars per month. However, analysts believe that the resort should be able to produce up to 300 million dollars in earnings per year once it will become fully operational.

“Additional amenities will be completed and opened in the third and fourth quarters, including The Theatre at Resorts World Las Vegas, Zouk Nightclub and the Spa,” a statement from Genting Berhad said.

A Long And Costly Process

Genting Malaysia began planning for Resorts World Las Vegas began all the way back in March 2007. Then, in 2013, the Malaysian company acquired the land from Boyd Gaming Corporation, who decided to demolish its Stardust Resort and Casino, a 32-story hotel and gambling venue.

Genting Berhad started construction in May 2015, and it was reported that Lim Kok Thay, the billionaire chairman of the company, checked in regularly to review the progress of the project. Now that it is finally open, Resorts World Las Vegas employs 5,000 people and received job applications from around 100,000 individuals.