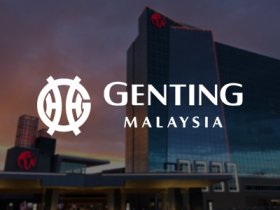 The cash injection was badly needed by Empire Resorts as the company’s equity suffered due to the effects of the novel coronavirus pandemic. The company’s venues in New York had to be closed between March and September 2020.

Before the investment of 20 million dollars, Genting Malaysia held a 49% stake in Empire Resorts, while the remaining 51% were held by Kien Huat Realty III Limited, a private investment company owned by Lim Kok Thay, the Chairman and Chief Executive Officer of Genting Group.

The United States market remains very important for Genting Malaysia and the company is also preparing to establish new properties in the state of New York. In February, the Malaysia-based casino operator revealed its plans to launch a new gambling hall in Newburgh Mall.

The Newburgh gambling hall is expected to employ up to 225 people and would take around a year to build. However, Genting would have to get approvals from the state Gaming Commission before committing to this investment.

Genting Malaysia has already invested 535 million dollars in Genting New York and will most likely have to inject more funds over the coming months in order to support its subsidiary. Genting Group also plans to open a new casino in Las Vegas this year, which would be a huge investment of around 4 billion U.S. dollars.

Genting Group was founded in 1965 and it operates resorts in Malaysia, Singapore, the Philippines, South Korea, the United Kingdom, the Bahamas, and the United States.