Genting Malaysia To Prop Up Its New York Casino 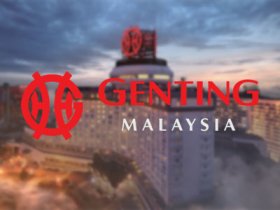 Genting Malaysia, one of the most important leisure and hospitality companies in the world, will most likely be required to provide additional funding to keep its New York subsidiary afloat. So far, Genting Malaysia has invested 535 million dollars in Genting New York.

According to Fitch, one of the most respected global rating agencies, Genting New York LLC is going through “times of distress” and the most likely solution would be for parent company Genting Malaysia to step in.

Fitch released a note in which it assigned Genting New York, the company that operates Resorts World New York, a rating of BBB- with a negative outlook. The rating took into consideration the increased importance of the United States subsidiary to Genting Malaysia and the group’s long-term growth.

In fact, the Genting Group plans to open a brand-new casino in Las Vegas this year, and the New York property is set to serve as a key feeder to this investment, expected to be around 4 billion U.S. dollars.

Resorts World New York is a slot-only casino which has around 6,500 video lottery terminals, along with electronic table games. The property has approximately 10 million guests per year.

The Genting Group was founded in 1965 and it currently operates destination resorts in Malaysia, Singapore, the Philippines, South Korea, the United Kingdom, the Bahamas, the United States. The group also has cruise ships that sail through all four oceans under the Star Cruises and Crystal Cruises brands.

Tough Times In Malaysia As Well

Genting Malaysia also had financial difficulties in 2020, mostly due to restrictions imposed by governments amid the coronavirus pandemic. The company has reported a loss of 178.5 million dollars in the third quarter, around MYR726.2 million.

The revenue for the three months to 30 September amounted to MYR1.42 billion, significantly less than in the corresponding period last year. In the third quarter of 2019, the group recorded revenues of MYR2.63 billion.

In 2020, the leisure and hospitality business in Malaysia saw revenues reduced by 34.2% compared to 2019, mainly due to reduced business volume from the general market and non-gaming segment.

The industry was impacted in the United Kingdom as well, with revenues recording a sharp drop of 68.3% to MYR131.4 million. Casinos in the U.K. did resume activity in August, but with reduced capacity as some restrictions remain in place.

However, analysts expect Genting Malaysia to experience a gradual recovery in 2021 and then significant growth in 2022, once the company opens its new outdoor theme park.