WeAreCasino Expands Its Presence In India Via Woohoo Games Deal 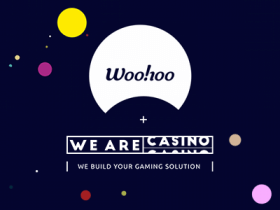 Aggregator WeAreCasino has secured a partnership with Woohoo Games to strengthen its presence in the thriving Indian market. One of the youngest software developers out there, Woohoo Games boasts a modern portfolio of slots and RNG table games, with such popular Indian classics as Andar Bahar and Teen Patty among the top-notch crowd.

Launched at the end of 2019, Woohoo introduced a solid package of table games from day one offering European and American roulette, Let’em Ride, Andar Bahar, and two versions of Teen Patti – Pro and Rapid. The studio also features a number of state-of-the-art slots including Cricket Kings dedicated to the most beloved sport in the Land of Monsoons.

In April, one of the biggest Indian operators 10CRIC added Woohoo’s suite of 5 market-specific RNG games to its massive platform, which also features a full suite of Evolution live titles.

Speaking of the developments in the industry, the current deal, and company’s further growth, Ed Whittington, Head of Business Development at Woohoo Games explains: “In the initial explosion of the online era, businesses pored over customer loyalty – creating websites that the customer stayed with for long periods of time. We don’t think this is a dated concept but rather one that’s crucial for the success of any business, and a concept on which we have built the foundations of how we work.

In RNG games, the content has often been seen as disposable and turnover of content, as a result, was very quick. We wanted to create games that players not only enjoy, but also become loyal to, and bring this back as a considered focus in the industry. The fact that growing aggregators in the industry such as WeAreCasino are integrating our games, we hope, shows operators that Woohoo are a ‘must-have’ portfolio of games.”

Available for play in multiple currencies including INR, games designed by Woohoo not only deliver numerous benefits to operators but also offer a fully mobile-optimised and amazingly immersive experience for punters. At the moment, besides two roulette variants, Let’em Ride, Andar Bahar, and Teen Patty, the brand also lets patrons place bets on ten colorful areas of exciting and easy-to-play Spin The Wheel.

“Adding the Woohoo Games content on our aggregating platform was a natural step in our expanding business in India. With their RNG Indian themed titles such as Andar Bahar, Teen Patti and Cricket Kings this will for sure boost our numbers there. I’m confident in all their products which offer something fresh and innovative – as did their branded taxis @ICE early this year!”