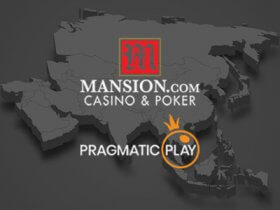 Pragmatic Play, one of the world’s most creative providers of live dealer software and content, has signed an important deal with Mansion to create a dedicated live casino for M88, the operator’s most prominent brand.

The deal gives Pragmatic the responsibility of creating a live studio with eight tables, all of them exclusive for M88 customers. All these games will feature customised branding, features and details. The studio will start with seven Baccarat tables and one Roulette table.

The developer’s live dealer suite is broadcast from their especially designed studio located in Bucharest, Romania. The studio features modern 4K video technology and the best sound systems available on the market.

The provider was established in 2013 and was initially named Extreme Live Gaming. Later it became part of the Novomatic Group and in 2018 slot provider Pragmatic Play acquired Extreme Live Gaming and assimilated the live dealer games into their brand. The company currently delivers up to five new slot titles every month, along with live casino and bingo products.

M88 is Mansion’s biggest Asian-facing brand, so this partnership will significantly boost Pragmatic’s presence on this continent. Last year, the supplier reached a similar agreement with Royal Panda Casino and in December they set up a new partnership with Videoslots.

Speaking about the deal with Mansion, Yossi Barzely, Chief Business Development Officer at Pragmatic Play, said: “We’re beyond excited to sign this landmark commercial deal with Mansion’s brand, M88. It’s a step that will allow us to create dedicated, fully customized Live Casino environments for their customers, giving them a chance to enjoy a unique, immersive Live gaming experience signed by Pragmatic Play.

We consistently strive to deliver top-tier content to our customers and are thrilled to provide a distinctive solution for M88 as we look forward to continuing to grow together and enjoying a very strong partnership.”

Carlos Lopez, Creative Director for Mansion Asia, added: “Pragmatic Play’s reputation for developing cutting-edge content allows it to stand apart in the industry and we couldn’t be more content that they will be supplying us with a complete dedicated Live solution.

Eight new tables will significantly enhance our Live Casino capabilities and we’re eager to progress our relationship with Pragmatic Play, allowing us both to reach new heights.”