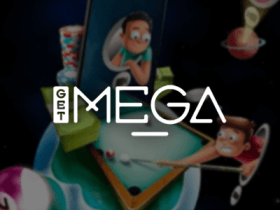 GetMega, an Indian real-money gaming startup has managed to raise over 9 million dollars from investors in early-stage funding rounds. The platform was formally launched last week, and it aims to attract over 50 million registered users by the end of 2021.

The investment of 9 million U.S. dollars came from companies like Accel India, Nexus Ventures Partner, along with other angel investors. The company does need more money to fuel its growth, though, and it is looking to raise more cash from global investors.

GetMega already has 5 million registered users and now the company has launched a promotional campaign which features over 200 YouTube influencers, including popular comedian Tanmay Bhatt. The campaign will go on for a week and it is expected to add another million customers to the website.

The company is based in Bengaluru and it was founded by Mayank Kumar and Lokesh Jangid. These two entrepreneurs previously founded Opinio, which was acquired by health and fitness company Cure.Fit.

GetMega offers a fairly wide variety of games, starting with the very popular rummy and poker and continuing with carrom, pool, trivia and warship. The players will have the possibility to engage with their friends while playing by turning on audio and video on their webcams.

The games can only be enjoyed through an Android application at the moment, but the company announced its intention to launch an iOS version in the next few months.

Moreover, GetMega is not limiting its prospects to the Indian market alone, the company is planning an international launch as well.

A Growing But More And More Crowded Vertical

India’s online gaming market is expanding quite rapidly and has been doing so for the past few years. During this period several fantasy sports platforms were launched, with the most prominent example being Dream11.

Esports are also a major factor of growth, along with single-game and multi-game platforms which feature card games, rummy and a wide variety of skill-based activities that can bring players real money gains.

Legislation is still blocking the development of these activities in some parts of the country, though. For instance, Sikkim is the only state to expressly allow sports betting and online gambling through its legislation.

Last year, The Indian Minister of Finance, Anurag Thakur, declared that the country should move towards legalizing and regulating gambling instead of restricting or banning the activity but whether that will happen on a large scale remains to be seen.