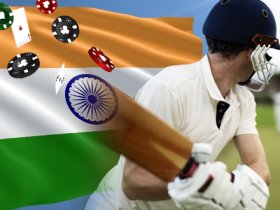 The West Godavari district police department in the Indian state of Andhra Pradesh has decided to set up a cricket tournament to distract people from gambling during the upcoming Sankranti festival.

The Sankranti festival, which falls on January 14 this year, celebrates the deity Surya, and it usually triggers a lot of gambling activities surrounding the celebrations.

Usually the locals enjoy cockfights and other forms of gambling, and the problem with all that is that those activities are all illegal. The police can barely cope with the vast amount of such actions, and this time they thought of a different approach.

Instead of running around looking for gamblers, the district police in West Godavari decided to offer the locals an alternative: a cricket tournament with sponsored prizes and open for anybody that wants to join.

About this choice, Dilip Kiran, the deputy superintendent of police, said: “Previously also contests like this used to be held but without much publicity. This time we are doing it in a grand manner, involving all the divisions of Eluru town. Involving sponsors and also like a big league.

The tournament will feature up to 50 teams of 11 players each, competing for a cash prize of Rs 25,000 (around 340 U.S. dollars). The participants won’t be required to submit an entry fee.

The initiative has been copied in neighboring territories. Jangareddygudem has set up their own cricket tournament with a prize of Rs 50,000 cash prize, while Polavaram will organize a volleyball tournament.

In November, during the famous Diwali festival, which also attracts a lot of gambling activity, several online operators have urged people to try this alternative instead of getting themselves in danger of being arrested.

Several operators set up Diwali themed tournaments, promoting a safe way to play not only because of legal reasons but also due to the coronavirus pandemic.

In November, the Indian Minister of Finance, Anurag Thakur, declared that his country should seriously consider legalizing and regulating gambling instead of restricting or banning the activity.