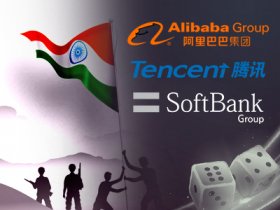 From Cricket To Rummy

It’s estimated that over 300 million players take advantage of various online platforms that allow them to win cash by betting on a „fantasy“ variant of cricket, which is by far Indian’s most popular sport, or on a range of card games belong to Rummy group.

…of Dream11, Play Games24x7, Paytm First Games, FanFight, and other similar web-based gaming hubs is widely recognized, with industry experts saying that industry sales will reach $3.3 billion by 2024. India’s wealthiest man, Mukesh Ambani who chairs and runs Reliance Industries, one of the country’s most valuable companies, said the business is likely to surpass that of music, movies, and TV shows put together.

90% Of Gaming Happens On Phones

Despite the ever-growing popularity of e-commerce and video streaming, online gaming is still believed to be a far better business proposition due to the instant profitability of individual transactions. Indeed, in this case, operators do not need to invest much in building up logistics, inventory or even content.

Just as in other places in the world, such a boom is driven by online customers who prefer to compete for cash and prizes rather than to watch movies or play video games that do not involve any rewards. According to the latest data, over a third of India’s 1.3- billion population are active internet users, with the majority of them going online via budget smartphones with cheap data-usage plans.

Girish Menon, head of media and entertainment for KPMG (one of the globe’s leading providers of risk, financial and business advisory) in Mumbai said that as much as 90% of gaming in India happens on phones. He aslo added:

“That is attractive to Alibaba and Tencent because their entire ecosystem is developed around mobile phones. The time spent on gaming is far higher than any other form of entertainment,” he said.