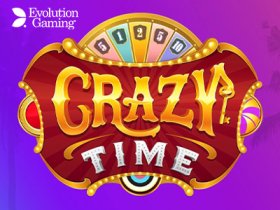 World’s leading provider of live casino solutions Evolution Gaming unveils its latest addition to the ever-growing Game Shows range. Intended to take players’ experience to an absolutely new level of excitement, Crazy Time is based on the popular money wheel concept introduced in Dream Catcher and is loaded with bonus games and multipliers.

Great Game To Play And Watch

Soon after the official launch of immersive Mega Ball, Evolution presents a new interactive source of the incredibly entertaining pastime – to play and to watch! Set in a large colorful studio, it features the main money wheel with a Top Slot above, both are set in motion by stunning presenters.

…are four bonus games stuffed with staggering multipliers. Uncomplicated to play as punters just bet on numbers, this title is unique and exciting given the fact that decisions made by players influence the results, the value of a multiplier to be precise. Thanks to interactive elements and advanced technology used by this software provider, players can win different multipliers in two out of the four bonuses, with a chance to hit up to 25,000x bet!

During the base game…

Get Ready For Crazy Multipliers

Even though all active players can watch the engaging bonus games, only those who have wagered on the corresponding bet spot are able to participate and win. Here’s the nitty-gritty of the four available extra features including the way they work.

Players will find themselves inside the shooting gallery that has a large screen with 108 random multipliers, each is covered by a random symbol. Every player has to select the target where he/she thinks the biggest multiplier is hiding. The cannon shoots at the target and reveals the multiplier won by each player.

Long-time Japan’s favorite, Pachinko now can bring luck to online casino players in all corners of the world. Crazy Time features a large Pachinko wall with a multitude of physical pegs and once a game presenter drops a puck, it will show the multiplier won by players. What’s more, if the puck lands on a DOUBLE value, all the multipliers at the bottom of the wall will be doubled and the puck will be dropped again – all the way until a multiplier is won! This action can be continued until the multipliers reach their maximum capacity of 10,000x!

Do not hesitate to open the massive red door and enter a crazy world with a gigantic virtual money wheel chock-full of multipliers! Players can select a flapper (blue, green, or yellow) and when the wheel comes to a stop, each of them will win the respective multiplier. If a flapper points to a DOUBLE or TRIPLE value on the wheel, all the multipliers are doubled or tripled while the wheel will spin again! The wheel can be re-spun until the multipliers reach the max limit of 20,000x!

Source: “Enjoy the Craziest Time ever, with multipliers in every round“. Evolution Gaming. June 2020. 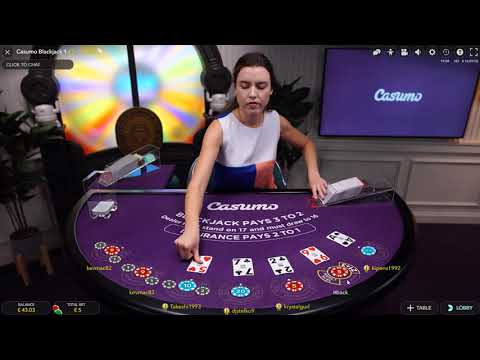 Evolution-powered Live Casino with 70 tables and wide betting range
Welcome package worth up to ₹100,000
INR is one of the accepted currencies
Visit Casino
Read Review