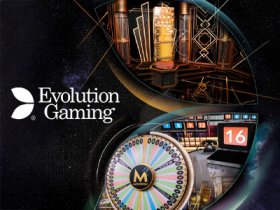 Top-rated provider of Live Casino solutions Evolution Gaming has published its 2019 Annual Report, summing up the outstanding results the company achieved in the past year.

The last twelve months of the previous decade were really successful financially given €365.8 million revenue and a 70% growth of EBITDA, which reached €182.9 million.

While plenty of newly entered and extended partnerships together with impressive investments in studios significantly contributed to the progress of Evolution Gaming, the launches of nine Live Dealer games played a no less important role.

In his comments, the Group’s CEO Martin Carlesund emphasized the crucial character of fresh products, at the same time explaining “another outstanding year in Evolution’s history” by expansion to existing and new markets.

He also said: “Our ambition is not only to create new experiences for returning casino players, but also games that attract completely new player types and that expand the live vertical in new segments. The most visible proof of this has been the great success for our games in the Game Show category, where titles such as MONOPOLY Live and Lightning Roulette are finding new players every day.“

Even though Evolution streams from nine studios across Europe, Canada, and the USA, only three of them (in Latvia, Malta, and Georgia) serve as main hubs for the majority of the markets. Altogether they provide more than 700 tables including different variants of blackjack, poker, baccarat, and roulette run by professional multi-lingual croupiers.

…has seen a splash of interest in all corners of the world, therefore the Group makes every effort to meet the increased demand for high-quality entertainment.

Speaking of the plans for the current year, Martin Carlesund said: “During 2020 we not only want to maintain our leading market position; we also want to strengthen it – and we will do it by constantly challenging both ourselves and the entire industry.“

“We also continue to invest in our studio capacity to ensure that we meet the global demand for our services. Our eternal mission to increase the gap to our competitors has never been more relevant. Evolution’s employees continue to aim for new heights, and I hope that you as a shareholder, customer and end user will join us on this journey!“