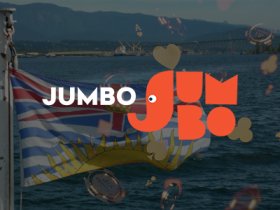 Stride Management Corporation, the Canadian subsidiary of Jumbo Interactive, one of the largest digital retailers of national jackpot lotteries and charity lotteries in Australia, has announced that it has secured a new gaming services provider license in British Columbia.

Stride Management was acquired by Jumbo in June 2022 and has been looking for ways to expand its presence in the Canadian market, especially in British Columbia and Ontario.

Jumbo Interactive revealed that having received the new British Columbia license is just the first step in the company’s expansion strategy. Moreover, the corporation announced that Stride Management has also applied for a license in Ontario and awaits the decision of the Alcohol and Gaming Commission of Ontario.

Speaking about this event, Mike Veverka, the founder and Chief Executive Officer of Jumbo Interactive, explained that getting licenses in Ontario and British Columbia represents “a compelling growth opportunity” for Stride Management, as these two provinces have “over three times the population of Alberta and Saskatchewan.”

At the same time the company announced that Dean Faithfull, the President and Director of Stride Management, will step down from his roles at the end of December 2022 as he decided to retire.

His replacement will be Shane Simmons, currently the Chief Business Officer of Stride Management and an employee that has been with the company for the past eleven years.

“I would like to thank Dean for his leadership and significant contribution to Stride over the last two decades,” Mike Veverka said. About the new President of Stride, the Jumbo Interactive CEO described him as a person who “brings a deep understanding of the Canadian charity lottery market.”

Jumbo also revealed that the updated acquisition arrangement would allow it to push its expansion plans earlier than expected. In fact, the expansion strategy for Stride will kick off on the first day of 2023 instead of the 1st of July 2023.

Before the acquisition, Stride Management was a lottery management provider based in Calgary, which provided services to over 750,000 active lottery players in the Alberta and Saskatchewan province. Jumbo Interactive was keen on acquiring this business in order to move into the Canadian charity lottery market for the first time.