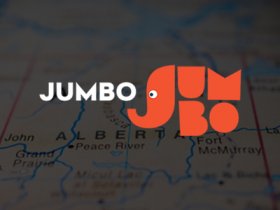 Jumbo Interactive, one of the biggest digital retailers of national jackpot lotteries and charity lotteries in Australia, has announced that it is ready to complete the acquisition of Stride Management after securing approval from two provincial regulators in Canada.

Stride Management is a lottery management provider based in Calgary, which provides services to over 750,000 active lottery players in the Alberta and Saskatchewan province. Jumbo Interactive was keen on acquiring this business in order to move into the Canadian charity lottery market for the first time.

Dean Faithfull, the president of Stride Management, along with three key senior managers, will remain in charge after the completion of the deal, which was initially expected to take place before the end of 2021. The delay was caused by the extensive application and review process enforced by the provincial regulators.

Now the proposed acquisition has finally received the approval of the Alberta Gaming, Liquor and Cannabis (AGLC) and Saskatchewan Liquor and Gaming Authority (SLGA).

With the two approvals from the regulators in place, Jumbo Interactive announced that the deal is complete but that it didn’t expect Stride Management to have an impact on the company’s 2022 financial year.

The Australian company is currently executing a global expansion strategy, which also included the purchase of Gatherwell, a lottery business in the United Kingdom, back in 2019.

Earlier this year Jumbo Interactive also announced that it reached an agreement to acquire StarVale Group, an external lottery manager and digital payments business in the United Kingdom, for 32.1 million Australian dollars.

Jumbo Interactive was established in 1995 and it was a pioneer in the online shopping industry after developing and launching one of the world’s first online shopping malls. In 2000, the company started to enter the gambling sector by selling lottery tickets online, and now it focuses exclusively on the sale of official government and charity lotteries through digital platforms.