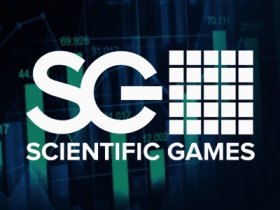 Scientific Games Corporation, the famous American provider of gambling products and services, has reported a return to profit in the second quarter of 2021 as gaming revenue increases along with the digital segment.

Earnings before interest, taxes, depreciation, and amortization (EBITDA) for the second quarter of 2021 was 383 million dollars, more than double compared to the same period of 2020.

The gaming segment recorded an explosive growth of 303 percent, with revenue amounting to 367 million dollars and earnings before interest, taxes, depreciation, and amortization of 196 million dollars.

Barry Cottle, the President and Chief Executive Officer of Scientific Games Corporation, was quite proud of the results and expressed his belief that the company has become stronger after the pandemic.

Scientific Games was founded in 1974 and it has its headquarters in Alpharetta, Georgia. The Canadian market is very important for the American company, though, the games that they create for this market are produced entirely at the company’s state-of-the-art manufacturing facility located in Montreal.

In April, the Scientific Games Corporation announced the launch of a new online iLottery subscription program in partnership with the Western Canadian Lottery Corporation. That announcement came just a few months after the American company decided to extend its long-standing contract with Loto-Quebec, a partnership that has been in place for over 50 years.

Source: “Scientific Games back to profit in Q2 as gaming segment soars“. Inside Asian Gaming. August 10, 2021.