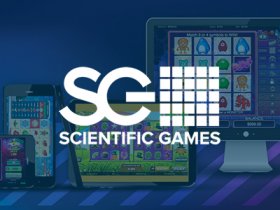 Western Canadian Lottery Corporation is a non-profit organization founded in 1974, which is in charge of operating lottery and gaming-related activities on behalf of the governments of Alberta, Saskatchewan, Yukon, the Northwest Territories and Nunavut.

The new iLottery program, called “Subscription Spot,” is now available on the website operated by the Western Canadian Lottery Corporation. The program offers players a real chance of enjoying lottery games in an online environment.

Brad Wiebe, Vice President of Marketing at the Western Canadian Lottery Corporation, underlined that this is a “major milestone” for the company as it is their “first offering of an online purchase methodology for lottery products.” Wiebe added that this is the first step in a larger plan to modernize the company’s offering through digital channels.

For Scientific Games, the launch of “Subscription Spot” in Canada is a continuation of their efforts to grow their iLottery and digital lottery divisions. At the moment, there are 150 lotteries all around the world that are using the company’s products and services.

Scientific has a very long tradition in this industry, they have launched the world’s first secure retail instant game all the way back in 1974. The company has also been responsible for the launch of the first digital instant game in the United States in 2014.

A Long-Time Partnership in Quebec As Well

Earlier this year, Scientific Games signed an extension to its contract with Loto-Quebec, the provincial lottery operator from Montreal. The two companies had been working together for the past 50 years, and the new contract extension makes sure they will continue to do so at least for another year.

Under the terms of the agreement, Scientific Games will continue to create and deliver instant games and hybrid lottery games to Loto-Quebec. The American company has created around 4,500 instant games for the Canadian lottery operator during the past 50 years.

Scientific Games has its headquarters in Alpharetta, Georgia, but the games that they create for the Canadian market are produced at their manufacturing facility located in Montreal.