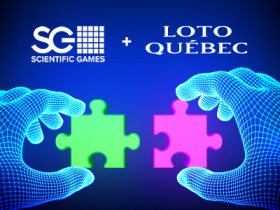 Scientific Games, the American gambling products and services provider, has signed an extension to its long-standing contract with Loto-Quebec, the provincial lottery operator headquartered in Montreal.

The relationship between the two companies started no less than 50 years ago and now it is guaranteed to go on at least for another year, until the last day of January 2021.

Under the terms of this agreement, Scientific Games will continue to create instant games and hybrid lottery games for Loto-Quebec, as it has done for the past few decades.

During the last 50 years, the American company put together around 4,500 instant games for the Canadian lottery operator. The catalog includes unique items created for Loto-Quebec such as La Poule aux Oeufs d’Or, Boîte à Bingo and Ultime.

Scientific Games has its headquarters in Alpharetta, Georgia, but the games that they develop for the Canadian market are produced at their manufacturing facility in Montreal.

Products That Are Unmatched In The Lottery Industry

Speaking about the contract extension, John Schuz, Senior Vice President for Instant Products at Scientific Games, said: “Our entire team in Montreal looks forward to continuing to advance the lottery’s game innovation for the enjoyment of Quebec players with products driven by analytics and insights that are unmatched in the lottery industry.”

Marie-Claudel Lalonde, senior director for strategy and marketing communications at Loto-Quebec, added: “Scientific Games produced Loto-Quebec’s very first instant game 50 years ago, and the tradition of our partnership will continue through this contract extension. Together, we have innovated creative games to entertain Quebec players and generate funding for vital programs in the province.”

Loto-Quebec was created in 1969 by the government of the province with a mandate to operate games of chance. The government still owns the company but its activities have expanded since then, it now operates four casinos, around 12,000 video lottery terminals and bingo halls.

Scientific Games started out as Autotote back in 1917, and after several mergers it developed into today’s company, which is a world leader in the entertainment business. The American company now offers games, systems and services for casino, lottery, social gaming, online gaming and sports betting.