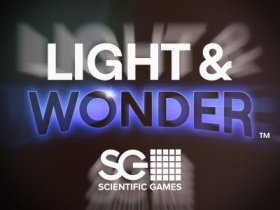 Scientific Games Corporation, the famous American provider of gaming products and services, has announced its decision to rebrand as “Light & Wonder” because this name would better reflect the group’s shift towards focusing on gaming services.

Under the new brand, the company will have a cross-platform approach to delivering its games to land-based casinos, online and mobile, both in real-money and free-to-play social gaming markets. Last year, Scientific Games signed an agreement with Evolution to bring the Lightning Roulette live dealer game to land-based casinos.

In recent months, Scientific Games has moved away from some sectors as it decided to focus more on its core gaming business. In October 2021, the company agreed to sell its lottery business to Brookfield Business Partners, a private equity firm, for just over 6 billion dollars.

At the same time, Scientific Games also agreed to divest OpenBet, its sports betting division, to Endeavor Group, a global talent and media agency holding company. The OpenBet platform was the choice of most Canadian lotteries when single-event betting became legal in the country.

Light & Wonder will operate under an assumed name until the legal name change will be completed sometime in the second quarter of 2022. When that will be done, the group’s shares will start trading under the “LNW” stock ticker.

At the same time with the rebranding announcement, Scientific Games also published its financial results for the 2021 fiscal year. And the results were pretty good as the company was able to return to a net profit of 371 million dollars after having recorded a revenue increase of 26.7 percent year-on-year.

Gaming remained the company’s core business, generating revenue of 1.32 billion dollars in the twelve months of 2021. That figure represents an impressive increase of 42.7 percent year-on-year. The company revealed that the increase was mainly due to the growth recorded in its operations in North America.

Adjusted earnings before interest, tax, depreciation and amortization (EBITDA) from continuing operations was 493 million dollars, an increase of 47.4 percent compared to the previous year.