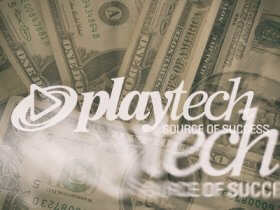 Playtech, one of the world’s most important providers of slot games and live casino content for online casinos, has announced it secured exclusive rights for use of “The Million Dollar Drop” brand in the United States of America.

Moreover, Playtech also announced that it has also retained its rights to use “Deal or No Deal Bingo” as a brand in the United States for the following five years. “The Million Dollar Drop” brand is known outside of the United States as “The Money Drop”.

The brand has been already utilized by Playtech in The Money Drop Live, one of the company’s top-performing live game shows, which offers an exciting and engaging format under a brand that is well known around the world. “The Money Drop” brand will also be leveraged across Playtech’s Bingo vertical.

The use of these brands was obtained by Playtech after the game developer signed a partnership agreement with Banijay, a French media company that is one of the largest international content producers and distributors. Banijay has over 150 production companies across 22 territories, and its catalogue contains a wide range of titles across multiple genres for a total of over 120,000 hours of original programming.

Sasha Uman, Director of Live Business Development at Playtech, revealed that the deal with Banijay allows his company to bring “the most engaging and innovative products, technologies and brands” to the United States market and beyond.

Angus Nisbet, Managing Director of Digital Bingo at Playtech, added that Deal or No Deal Bingo is one of the top-performing Bingo rooms in the company’s portfolio and it has a really strong fan base.

The announcement about the bingo brands comes after a strong U.S. expansion into the live casino vertical. At the end of 2021, Playtech inaugurated two brand new live casino facilities in the United States.

At the time, Playtech described the launch of the two live casino studios as “the next step” in the company’s strategic expansion in the United States. The live casino facilities in Michigan and New Jersey are offering classic roulette, blackjack and baccarat live dealer tables, along with Playtech’s Quantum Roulette arcade.