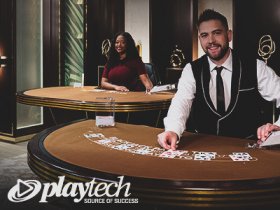 Playtech, one of the world’s most important providers of video slots and live dealer games for online casinos, has announced the inauguration of two new live casino facilities in the United States.

The supplier is looking to grow its footprint in North America, so it decided to open two new live casino studios in Michigan and New Jersey. The Michigan studio was developed in partnership with Parx Interactive, under the Play Gun Lake brand.

The New Jersey studio was established in partnership with Bet365, the well-known global sports betting brand. Playtech describes the launch of these two live casino studios as “the next step” in the company’s strategic expansion in the United States.

The two new facilities are already operating as they have already received all the necessary regulatory approvals from the Michigan Gaming Control Board and from the New Jersey Division of Gaming Enforcement.

Playtech’s new studio in Michigan is located in Southfield, a city that is a northern suburb of Detroit, while the New Jersey studio is located in Atlantic City. Both studios are equipped with the latest technology, ready to deliver a world-class live casino experience.

A Landmark Moment For The Company

Speaking about the launch of the two new live casino studios, Edo Haitin, the Chief Executive Officer of Playtech Live, said that it represents “a landmark moment” for the company and a big step forward for its development in the United States.

The Chief Executive Officer also took the time to thank the communities of Atlantic City and Southfield, which supported the Playtech teams as they set up the two new live casino studios.

The live casino facilities in Michigan and New Jersey are set up to offer classic roulette, blackjack and baccarat live dealer tables, along with Playtech’s Quantum Roulette arcade. However, this initial offering will be boosted with new additions in the near future, including a sports-focused environment and new arcade experiences.