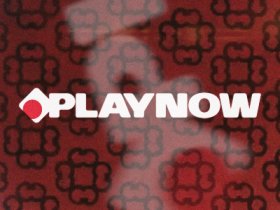 PlayNow.com, the online casino operated by the British Columbia Lottery Corporation, has announced that its offering for players in Saskatchewan has improved with the addition of live dealer games.

At first PlayNow.com offered more than 400 online casino games and sports betting products to players in Saskatchewan, and now the offering was expanded with the addition of live dealer games provided by Evolution, the world’s leading suppliers of live casino content.

Speaking about the new product addition to PlayNow.com in Saskatchewan, Zane Hansen, the President and Chief Executive Officer of the Saskatchewan Indian Gaming Authority, declared himself pleased of being able to complement the company’s offering with live dealer games.

Back in November, when the website first launched in the province, Susan Flett, the President and Chief Executive Officer of SaskGaming, described it as “a historic day” for casino gaming in Saskatchewan.

The British Columbia Lottery Corporation, which first launched PlayNo.com, was established in 1985 and it is a government-owned company. It has 890 direct employees, while Its service providers employ an additional 8,300 people in the province.