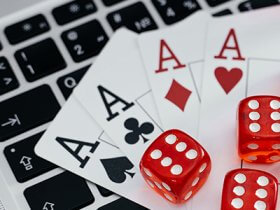 The agreement between the three parties was first announced in June 2022 and it stipulates that the British Columbia Lottery Corporation will deliver the PlayNow.com platform which SaskGaming will operate as the only legal iGaming website in Saskatchewan.

PlayNow.com is already active both in British Columbia and Manitoba and it offers players access to more than 400 online casino and sports betting products. The platform will also offer live casino content and poker products in Saskatchewan, but those titles will enter the offering next year.

A historic Day for Casino Gaming in Saskatchewan

Speaking about the Saskatchewan launch, Susan Flett, the President and Chief Executive Officer of SaskGaming, described it as “a historic day for casino gaming and entertainment in Saskatchewan”.

Pat Davis, the President and Chief Executive Officer of the British Columbia Lottery Corporation, declared himself “thrilled to bring legal, online regulated gambling” to customers in the province.

“We would like to thank our partners at SIGA and SaskGaming for their collaboration in bringing our safe, secure and industry-leading PlayNow.com platform to the province of Saskatchewan,” the BCLC President and CEO added.

Zane Hansen, the President and Chief Executive Officer of the Saskatchewan Indian Gaming Authority underlined the fact that PlayNow.com is “the first and only legal online gaming site” in the province, providing residents “a safe and secure option to play their favorite casino games and bet on their favorite sports teams online.”

The British Columbia Lottery Corporation was established in 1985 and it is a government-owned company. It has 890 direct employees, while Its service providers employ an additional 8,300 people in the province. Moreover, the company’s net income goes back to the provincial government in order to help provide funds for healthcare, education and community programs.