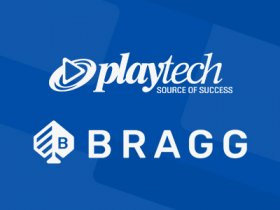 ORYX Gaming, the game developer that is a part of Canadian company Bragg Gaming Group, has signed a very important new agreement with Playtech, the powerful global supplier of video slots and live dealer games.

The agreement between the two companies is all about integration, which means the complete range of games from ORYX Gaming will become available to operators worldwide through Playtech’s extensive Games Marketplace. Through this deal, the products from ORYX Gaming will reach online casinos in new markets such as Italy, Spain, Switzerland, the Netherlands and also the United Kingdom.

ORYX Gaming has a distribution platform of its own, featuring around 10,000 games from over 100 suppliers from around the world. The platform also has exclusive games from creative partners such as Golden Hero, Kalamba and Gamomat, along with the innovative titles created in-house by ORYX Gaming. In fact, the developer aims to release five titles of its own this year.

The games present on the ORYX Gaming platform all benefit from the company’s “FUZE” player engagement tools, which feature missions and quests, along with tournaments with real-time leaderboards.

The agreement with Playtech is a significant step forward for Bragg Gaming Group, which has made no secret of its plans to grow the company on the global market. The Canadian firm recently entered new markets such as Greece and Serbia, and the United Kingdom debut is just around the corner. Moreover, Bragg Gaming Group recently received approval to get its shares listed on the NASDAQ stock exchange.

Part Of The Expansion Into Regulated Markets

Chris Looney, Chief Commercial Officer at Bragg Gaming Group, confirmed that the partnership with Playtech is an important part of the company’s expansion into regulated markets. The deal is expected to get the content from ORYX Gaming “in front of more of the industry’s leading operators and their players.”

On the other hand, Andrew Muir, Commercial Manager at Playtech, revealed that his company is delighted to add the massive portfolio from the ORYX Gaming platform to the Playtech Games Marketplace.

In September, ORYX Gaming received local certification in the Netherlands for its iGaming Platform and RGS with fifty of its games going live on this market immediately. The ORYX iGaming Platform is fully compliant with the strict Dutch regulations and allows local partners to manage their entire product suite from one place.