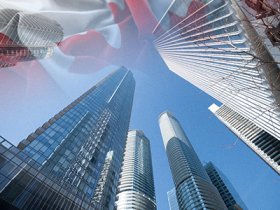 The first full quarter of regulated iGaming in Ontario, Canada’s most populous province, has generated revenue of 162 million Canadian dollars for the 18 operators that were granted licenses in this territory.

The Ontario market opened to private operators on 4 April, ending a long period in which only the state-owned Ontario Lottery and Gaming Corporation was allowed to operate in the province.

The government of Ontario started the process of opening up the gambling market in April 2019, when it first announced its plans to end the monopoly that was held by the Ontario Lottery and Gaming Corporation.

In November 2020 legislation was introduced and then, in September 2021, the Alcohol and Gaming Commission of Ontario published its regulatory standards for sports betting, including integrity rules and advertising standards.

Single-event sports betting became legal across Canada on August 27, 2021, and that was the final piece in the puzzle that was needed for Ontario to open its iGaming market to competitive private operators.

The Best Gaming Jurisdiction In The World

During the quarter that ended on June 30, people in Ontario staked a total of 4.07 billion dollars, excluding bonus funds. Those stakes were processed by the 18 operators that were granted licenses by the Alcohol and Gaming Commission of Ontario, including massive global brands such as DraftKings or Entain along with local operators such as NorthStar Gaming.

In total there are 31 iGaming websites that operate in the province at the moment, with a total of 492,000 active player accounts at the moment. An active account spent an average of 113 dollars per month during this period.

Dave Forestell, board chair of iGaming Ontario, revealed that the organization’s aim is for Ontario to become “the best gaming jurisdiction in the world” and added that the results recorded in the June quarter represent “an early sign that we’re on our way.”

The Ontario iGaming market also includes live casino titles from the best suppliers in the industry. In fact, Evolution went live with its titles immediately after the market opened after having signed partnerships with multiple operators such as 888, BetMGM, LeoVegas, Rush Street Interactive and theScore Bet.