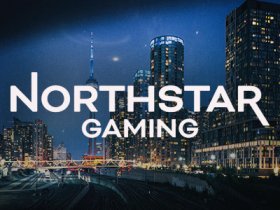 NorthStar Gaming, the Canadian casino operator based in Toronto, has announced that it has received a license and it can now begin its operations in Ontario, Canada’s most populous province.

The operator has now been registered by the Alcohol and Gaming Commission of Ontario and it is ready to launch its gaming platform as part of the regulated online gaming industry in the province.

Michael Moskowitz, Chief Executive Officer and a founding partner of NorthStar Gaming, stated that his team was excited to get the registration, more so considering that the operator is “made-in-Ontario”. “To build and launch a platform for our home market is very special,” Michael Moskowitz added.

The Canadian company has recently launched NorthStar Bets, an online casino and sports betting brand, and revealed that it is going to work closely with the Alcohol and Gaming Commission of Ontario in order to ensure that all regulatory requirements are met.

Ontario opened its gambling market to private operators on April 4, following a lengthy debate and the legalization of single-event sports betting across Canada. The process started in April 2019, when the government of the province first announced its plans to end the monopoly on iGaming that was held by the Ontario Lottery and Gaming Corporation.

In February 2022, NorthStar Gaming laid the groundwork for the launch in Ontario by announcing that it signed an agreement with Playtech, one of the world’s biggest providers of slots and live dealer games for online casinos.

Under the terms of the agreement, Playtech provides NorthStar its iGaming and sports betting platform, including casino games, live casino titles, poker and bingo technology. Founded in 1999, Playtech offers a full range of live dealer games, including blackjack, roulette and baccarat.

NorthStar Gaming also announced that it is the exclusive Canadian partner of Playtech, hoping that this partnership will make them stand out from the competition on the Ontario market. At that time, Michael Moskowitz, Chief Executive Officer and founding partner of NorthStar Gaming, underlined that the “industry-leading suite of tools” provided by Playtech was expected to give the operator “an unmatched edge in the marketplace”.