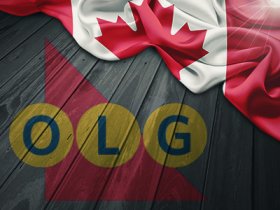 The Ontario Lottery and Gaming Corporation, the government-owned lottery and casino operator from Canada, has announced that the first week of single-event sports betting has been a great success for the company.

Wagering on single events has become legal in Canada after the Parliament approved Bill C-218, and the law became effective on August 27, when operators across the country were allowed to offer their customers odds on various sporting events.

The Ontario Lottery and Gaming Corporation launched Proline+, an online sportsbook that was launched as soon as the law allowed single-event sports betting in Canada. During the first five days of operation, the company announced that it processed more than 1 million Canadian dollars in sports bets.

Moreover, during those first five full days of operation, no less than 74 percent of the bets recorded on Proline+ were single-event wagers. Another interesting fact is that 37 percent of the wagers were made in-play.

The most popular sports among the Canadian punters were baseball, football and soccer, these three sports accounted for almost 82 percent of all wagers on the company’s new online sportsbook.

Dave Pridmore, the Chief Digital and Strategy Offer at the Ontario Lottery and Gaming Corporation, revealed that the company expects the number of new users registered on the online sportsbook to increase during the coming weeks, especially since the American football season gets underway.

The Ontario Lottery and Gaming Corporation launched Proline+ in partnership with Sporting Solutions and FDJ Gaming Solutions. Xavier Etienne, the Chief Executive Officer of FDJ Gaming Solutions, said that the launch of Proline+ was “a key achievement” for his company as it aims to develop and expand in North America.

The Alberta Gaming, Liquor and Cannabis (AGLC) also launched its debut online sports betting service in the province. In their case, the service was launched in partnership with NeoPollard and Sporting Solutions.