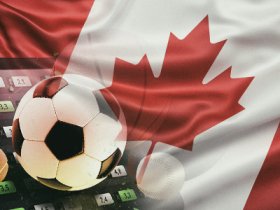 Single-event sports betting in Canada is finally becoming a legal reality, punters in the country will be allowed to place their bets on single games starting August 27, according to the country’s Justice Minister.

David Lametti, Canada’s federal Justice Minister, made the much-anticipated announcement at a news conference at Fallsview Casino in Niagara Falls. The minister announced that Bill C-218, which was approved by the Parliament in June, will effectively come into force on August 27.

The minister added that the new law will not only give Canadians the opportunity to pace their bets on individual events, but do it “in a regulated and safe environment.” The Canadian Gaming Association estimated that players in Canada used to spend 14 billion dollars per year on bets made with offshore companies or illegal bookmakers linked to organized crime.

The new legislation was heavily backed both by Canada’s most prominent sports leagues, including the Canadian Football League (CFL) and National Hockey League (NHL), and by the biggest names in the iGaming industry such as theScore, the British Columbia Lottery Corporation and Alberta Gaming, Liquor & Cannabis.

Shortly after the Justice Minister made his announcement, the Ontario Lottery and Gaming Corporation (OLG) went public and revealed its plans to launch a new platform called “Proline+” on the same day that single event sports betting becomes legal in Canada.

The new product will be launched on 27 August and it will give players in the province the chance to place bets from multiple platforms such as smartphones, tablets, laptops or desktop computers.

The Ontario Lottery and Gaming Corporation has also announced that early registrations for Proline+ are now open, allowing eager punters the chance to start betting right away once the bill comes into force.

Duncan Hannay, the Chief Executive Officer of the Ontario Lottery and Gaming Corporation, said that his company had been waiting for this moment “for many years”. “We’re thrilled that we’ll be able to incorporate this exciting feature that bettors have been anxiously awaiting into Ontario’s only legal online sportsbook,” the CEO added.