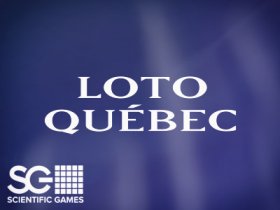 Loto-Québec, the provincial lottery operator headquartered in Montreal, and Scientific Games, the American gambling products and services provider, have announced that they were granted a prestigious Gutenberg Award at the 40th Annual Gala Gutenberg.

The Gutenberg Awards have been given out each year for the past few decades by the Québec printing industry, recognizing the talent and creativity of the professionals in this sector. For 2022, the Gutenberg Awards added an awards category focused on sustainability with reusable and recyclable products.

That gave Loto-Québec and Scientific Games the opportunity to win, because the two partners have launched the Folie des plantes (Plant Madness) game, which is produced entirely on recyclable paper.

In fact, Plant Madness is one of the first lottery instant games in the world to be produced on 100% recyclable fiber. The game is the result of plenty of work and research as it was developed after five years of testing.

The product was made in Montreal, at the production facility owned by Scientific Games in Québec, using water-based inks on recycled paper. Forest Stewardship Council-certified paper was also used, supplied by Sustana Group, a sustainable paper company from Québec.

A Partnership That Started Decades Ago

Scientific Games and Loto-Québec have been partners for more than fifty years. In fact, the first instant game launched by the provincial operator was developed by the American company in the 1970s.

Since then, Scientific Games has been Loto-Québec’s main instant game partner, supplying its games from the company’s Montreal production facility. Last year the two corporations announced the extension of their partnership.

Scientific Games, which has recently completed a brand name change to Light & Wonder, started out as Autotote all the way back in 1917, and after several mergers it developed into today’s powerhouse. The American company is the world’s largest creator, producer and manager of lottery instant games, but it also delivers lottery and sports betting systems, digital lottery games, mobile apps and player loyalty programs.