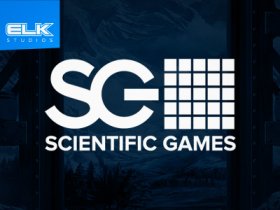 Scientific Games Corporation, the gigantic American provider of gaming products and services, has announced it completed the acquisition of ELK Studios, a creative games developer from Sweden.

The terms of the deal have not been disclosed by the American corporation, but the announcement revealed its intention to make its iGaming portfolio a lot stronger after the inclusion of the various slot games from ELK Studios.

The immediate next step that Scientific Games will take will be to roll out the content from ELK Studios in the North American market, but the company will also try to strengthen its position in the United Kingdom and European Union.

ELK Studios was established in 2012 and it is based in Stockholm, Sweden. The developer’s main specialization is mobile games and its portfolio includes popular titles such as Wild Toro II, Katmandu and Cygnus. The Swedish developer is also the creator of an unique feature called X-iter, which allows players to engage with a range of predefined game scenarios and modes.

Scientific Games have been fully aware of the quality of ELK’s games, as most of them were already included in the OpenGaming aggregator platform developed by the American company. ELK Studios will continue to operate independently when it comes to content development, but now it will benefit from the new owner’s vast resources when it comes to market reach and data analytics.

Barry Cottle, President and Chief Executive Officer of Scientific Games, stated that this acquisition proves that the corporation is committed to making the right investments in order to “advance its cross-platform content capabilities.”

Scientific Games is very well placed on the Canadian market as well. This summers the American company helped the British Columbia Lottery Corporation, Loto-Quebec and the Atlantic Lottery Corporation make single-event betting available to their customers on the very first day when it became legal in the country.

The American corporation even has a manufacturing facility located in Montreal. In April 2021, Scientific Games announced the launch of a new online iLottery subscription program in partnership with the Western Canadian Lottery Corporation. That announcement came just a few months after it decided to extend its long-standing contract with Loto-Québec.