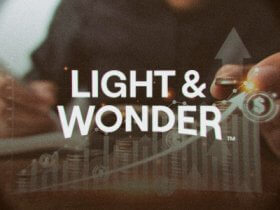 Light & Wonder, the gigantic American provider of gaming products and services, has announced that it has completed the acquisition of Playzido, a content creation platform provider and game supplier.

The two parties did not disclose the financial terms of the deal, but Light & Wonder revealed that the move should accelerate the company’s efforts to partner with various game studios from all over the world to create new and exclusive gaming content.

Moreover, Light & Wonder insisted that the acquisition will give it a faster route to attract creative studios that don’t own their own development platforms. In fact, Playzido owns the necessary technology to develop new content, while Light & Wonder has its OpenGaming aggregation platform which makes distributing casino games a lot more effective.

Playzido launched in 2018 and it was founded by Stuart Banks, a professional that had previous experience at powerful bookmakers such as Paddy Power and Betfair. Dylan Slaney, the Chief Executive for iGaming at Light & Wonder, described the deal as “ a perfect example of an acquisition” that portrays the company’s new global strategy, which focuses on making value-enhancing investments in order to boost its cross-platform content capabilities.

At the same time, Light & Wonder reported impressive financial results for the first quarter of 2022. The company which recently registered its name switch from Scientific Games generated revenues of 572 million dollars in the first three months of the year, an increase of 26.3 percent compared to the same period of 2021.

Overall, Light & Wonder announced that adjusted earnings before interest, tax, depreciation and amortization (EBTIDA) from continuing operations amounted to 202 million dollars, a figure which represents an increase of 42.3 percent compared to the first quarter of 2021.

In April 2022, Light & Wonder completed the sale of its lottery business to Brookfield Business Partners, a private equity company which is a subsidiary of Canadian financial services giant Brookfield Asset Management Incorporated.