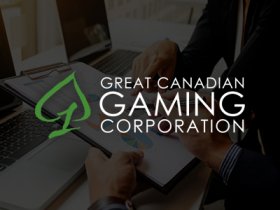 Great Canadian Gaming Corporation, one of the largest gaming and entertainment companies in the country, recorded decreasing revenues and lost money in 2020, according to their official financial report for the year.

The company operates 26 gaming, entertainment and hospitality facilities in Ontario, British Columbia, New Brunswick, and Nova Scotia. Last year, most of their venues were closed due to restrictions related to the novel coronavirus pandemic.

Cash outflow for the last quarter of 2020 was 37.1 million dollars, almost half of the 19.9 million of 2019. The difference between the two figures can be explained by the drop in cash accumulated due to closed gambling facilities for most of the year.

Despite the poor financial performance, Terrance Doyle, the company’s Interim Chief Executive Officer, insisted that the firm has “made significant steps” to achieve “long-term success.”

Doyle took over the position of CEO after Rodney Baker, the former leader of the company, was forced to step down after it was discovered that he broke health protocols in order to get a COVID-19 vaccine for himself and his wife.

The offer was accepted by Great Canadian Gaming’s board, but the shareholders wanted a better price per share and rejected the deal. Apollo made a new offer of 45 Canadian dollars per share, the trade value of Great Canadian shares in February, before the coronavirus pandemic started having a serious impact on the business.

The improved offer secured the approval of the majority of the shareholders, and was also approved by the Supreme Court of British Columbia. The acquisition is expected to be wrapped up in the second quarter of 2021, pending regulatory approval.