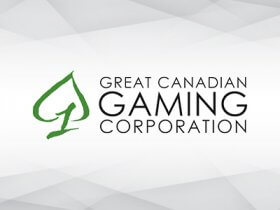 Rodney Baker, the Chief Executive Officer of Great Canadian Gaming, was forced to step down after it was discovered that he broke health protocols to get a COVID-19 vaccine for himself and his wife.

Great Canadian Gaming, one of the most powerful gaming and entertainment companies in the country, is going through a takeover at the moment as Apollo Global Management, a private equity firm, made an offer worth over 2.5 billion dollars.

The shareholders approved the offer and now, with Rodney Baker out of the picture, the takeover is almost guaranteed. Great Canadian Gaming Corporation was established in 1982 and it now owns 26 land-based casinos and gaming venues in Ontario, British Columbia, Nova Scotia and New Brunswick, with over 16,000 slot machines, 575 table games, 71 dining amenities and over 500 hotel rooms.

The events that led to the CEO’s resignation seem taken out of a movie script. Rodney Baker and his wife, Ekaterina, took a private jet to Beaver Creek, a popular ski resort in Yukon.

The two didn’t go there for skiing, though. Instead, they showed up at a mobile vaccination clinic operated by Moderna, and misled staff by posing as hotel workers in order to get vaccinated.

The team administering the vaccine did check with the hotel whether the Bakers were indeed employees, and the truth was quickly uncovered. The two did manage to get their vaccines, but when the news broke Rodney Baker was forced to step down from his position. He had taken the Chief Executive Officer job at Great Canadian Gaming ten years ago. Terrance Doyle will serve as interim CEO of the company.

The couple will not be eligible for a second dose of the vaccine until August 2021 and they were also issued a fine of CA$1,150. Moreover, they could also face up to six months in jail. The two are due to appear in court on May 4.

About these events, John Streicker, Yukon Community Services Minister, said: “We just didn’t anticipate that anyone would go to this length to effectively deceive the team to get vaccinated, and I think we all felt pretty offended at the whole thing. We will put in place additional procedures. I don’t imagine that this is going to repeat itself.”

Indigenous services minister Marc Miller had harsher words to share about the CEO’s adventure, he described the situation as “maybe the dumbest thing I’ve seen in a long while.”

After the controversy regarding Rodney Baker, Great Canadian Gaming Corporation announced the appointment of Sukvinder Singh as the company’s new Chief Compliance Officer.

Singh has been with the company since 2019 when he was appointed as Vice President for Compliance. He was in charge of the corporation’s compliance plan and then in February 2020 he was promoted to Executive Vice President.

Before joining Great Canadian Gaming, Sukvinder Singh worked in senior positions at the Alcohol and Gaming Commission of Ontario. In the new position, he will be responsible for compliance, security, and surveillance operations of the company.