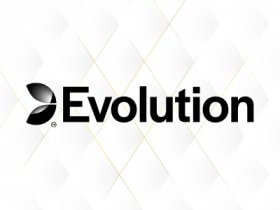 Evolution, the world’s biggest provider of live casino software and content, has announced that it recorded impressive financial results in the 2021 fiscal year, increasing both profit and revenue.

The company’s total operating revenue for the twelve months of the 2021 fiscal year amounted to 1.07 billion euros, a figure which represents an increase of 90.6 percent over the 561.1 million euros recorded in the previous year.

Evolution revealed that the significant increase was mainly due to increased revenue from commissions received both from new and existing customers. The largest chunk of the revenue came from the live casino division, a segment which grew 54.5 percent to 839.2 million euros.

However, the company’s random number generator titles drove in revenue of 229.5 million euros, which represents a staggering increase of 1,189.3 percent compared to the previous fiscal year. That incredible increase is the result of Evolution’s acquisition of NetEnt in December 2020.

Evolution’s main customer base remains in Europe, revenue from this region amounted to over 500 million euros in the 2021 fiscal year, while Asia generated revenue of 286.4 million euros. North America is a growing market for the company and it recorded revenue of 114.5 million euros.

In fact, in 2021 Evolution recorded a series of milestones in North America. For instance, in March 2021 the Swedish giant signed agreements with the Canadian Bank Note Company and Alberta Gaming, Liquor & Cannabis for their lottery operations, while in November it teamed up with the Ontario Lottery and Gaming Corporation.

Martin Carlesund, the Chief Executive Officer of the Evolution Group, revealed that the company ends the fiscal year with over 1,000 live tables in operation, an increase of over 300 tables compared to the end of the previous year.

For 2022, Evolution promised that it will release no less than 88 new games during the years, spread across the company’s numerous brands: Evolution, NetEnt, Red Tiger, Ezugi, Big Time Gaming and DigiWheel.