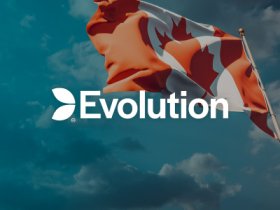 The Canadian Bank Note Company is a famous business in the country as it supplies the Bank of Canada with bank notes since 1935. The company is also known for printing passports, drivers’ licences, birth certificates and postage stamps.

Along with the printing business, the Canadian Bank Note Company also delivers and manages several government lotteries and charitable gaming operations all around the world.

Now, the company will be able to offer the lotteries it operates the option to offer online live casino games from Evolution, including popular titles like Mega Ball, Crazy Time and Lightning Roulette.

Craig Bascombe, the Chief Financial Officer and President of Lottery System at the Canadian Bank Note Company, revealed his belief in the success of the new products, which would add a varied source of entertainment to their “many millions of lottery players”.

Under the terms of the agreement, AGLC added six live dealer games from Evolution to their PlayAlberta.ca website, the first regulated online gambling platform available in the province.

For now, players in Alberta will be able to enjoy Evolution’s Roulette, Infinite Blackjack, Baccarat and Ultimate Texas Hold’em. However, if these products will be successful, then more Evolution live games will be added to PlayAlberta.ca in the coming months.

Jeff Millar, Commercial Director at Evolution, described the deal with AGLC as a “proud moment” for the company. In fact, it’s the third agreement that Evolution signs with Government-run Canadian companies after having previously launched their services with the British Columbia Lottery Corporation and Loto-Quebec.

Evolution is the global market leader when it comes to providing B2B live casino services. The company currently employs over 4,000 people in several offices and studios located in Latvia, Canada and the United Kingdom. At the end of 2020 Evolution acquired video slot developer NetEnt for 2.3 billion dollars.