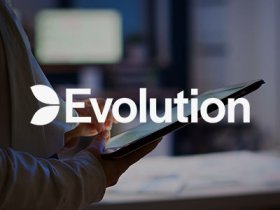 Evolution, the world’s biggest supplier of live dealer games for both online and land-based casinos, has announced its financial results for the first quarter of 2022 and the numbers show a significant increase in revenue.

In fact, Evolution gathered 326.8 million euros in revenue in the first three months of 2022, a figure which represents an increase of 38.6 percent compared to the same period of last year.

The engine behind that impressive increase was, as always, the company’s live casino division. Revenue from live dealer games amounted to 264.5 million euros, an increase of 44.3 percent year-on-year.

Moreover, Martin Olof Carlesund, the Chief Executive Officer of Evolution, pointed out that the company’s revenue from live dealer games in the first quarter of 2022 was more than double the total recorded in the first three months of 2020.

“We experienced exceptional growth in the first half of 2021 so the comparable figures are demanding,” Martin Carlesund said about the company’s exceptional results during the past years.

Evolution’s revenue from random number generator (RNG) games also recorded an increase, but it was a bit less impressive. Revenue from RNG games amounted to 62.3 million euros, 19.3 percent more than the same period of last year.

The company also recorded an increase when it comes to expenses, but that bump was just 27 percent, amounting to a total of 119.7 million euros. Most of that money was spent on personnel, a total of 63.5 million euros.