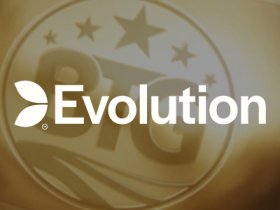 Evolution, the world’s leading provider of live casino software and content, has completed the acquisition of Australian company Big Time Gaming, one of the most innovative and creative developers of video slots for online casinos.

Big Time Gaming is the company that created the famous Megaways mechanic, which has made its way into hundreds of video slots from the world’s biggest suppliers. The Australian company was established in 2011 in Sydney and now its games are featured in over 600 online casinos all over the world.

Evolution’s proposal to buy the slot developer was accepted by the shareholders in April 2021. The deal is believed to be worth around 450 million euros, with part of it being paid in cash and the remainder being compensated with Evolution shares.

Now all the regulatory hurdles have been cleared and Evolution announced that its board of directors has resolved to issue 1,105,032 shares in order to complete the transaction.

When the two parties agreed the deal, Jens von Bahr, the chairman of Evolution, said that his company wanted to buy Big Time Gaming in order to strengthen the company’s position “as the leading provider of digital casino games in the world.” On the other hand, Nik Robinson, the Chief Executive Officer of Big Time Gaming, said that he expected the two teams to be a “perfect match” and went on to predict “a bright and entertaining future” for the players.

A String Of Important Acquisitions

This wasn’t the first major acquisition deal for Evolution. In December 2020, the Swedish company completed in December 2020 the merger with NetEnt, the high-profile video slots and live dealer games developer.

That deal was worth around 2.3 billion dollars and it created a real industry giant, combining Evolution’s top notch products in the live casino vertical with NetEnt’s award-winning video slots.

During the past couple of years Evolution also acquired Ezugi, a company that specializes in developing live casino solutions, and Red Tiger, a supplier of video slots for online casinos.

Evolution was launched in 2006 as “Evolution Gaming,” and since then the company has expanded its business into multiple verticals all around the world. The Swedish company now has over 3,000 employees in offices located in several countries.

Their live dealer games are broadcast around the clock from studios in Latvia, Canada and the United Kingdom. The company now has over 100 global and local business customers, both online casinos and land-based venues.