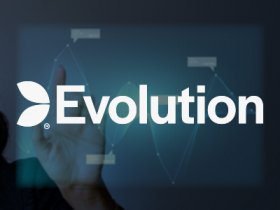 Evolution, the world’s most powerful supplier of live casino software and content, has revealed that the company’s operating revenue and profit more than doubled in the first half of its 2021 financial year.

Revenue for the first six months of 2021 amounted to 492.5 million euros, and that’s slightly more than double than the 243.5 million euros that the company recorded in the same period of 2020.

Evolution revealed that the significant increase was mainly due to the impact of the company’s high-profile acquisition of NetEnt at the end of 2020. The acquisition boosted Evolution’s portfolio of games and services, leading to more revenue streams being available.

The company’s main revenue generator remains its live casino games sector, which accounted for 387.4 million euros of all revenue in the first half of the year. That number represents a 59.1 percent increase compared to last year.

The additional revenue generated by NetEnt games that were added to the company’s offering is clearly visible when looking at income from random number generator (RNG) games. Before the acquisition, Evolution didn’t have any income from RNG activity, but now it received 105.2 million euros from RNG games designed by NetEnt.

Evolution’s operating expenses in the first half of 2021 also went up by 59.8 percent compared to the same period of last year, amounting to a total of 195 million euros. However, the big increase in revenue allowed the company to record earnings before interest, tax, depreciation and amortisation (EBITDA) of 334.8 million euros, 130.4 percent higher than last year.

Evolution is the global market leader when it comes to providing business-to-business live casino services. The company currently employs over 4,000 people in various offices and studios located in several places around the world.